Located in the middle of the Brahmaputra River in the Indian state of Assam , Majuli is one of the largest river islands in the world .
It is also the cradle of a unique religious tradition in India. In Hindu monasteries called satras live monks artists (bhakats) worshiping the god Vishnu and his main avatar Krishna, who celebrate their god through song, music , dance and theater. During dance dramas , they stage the Mahabharata and Ramayana , the two great epics of Hinduism.
The order was founded by a poet , musician and playwright, Sankaradeva in the 15th century. He understood the power of the image and set theatre and dance at the service of spiritual awakening of a population who, mostly illiterate , had no access to the major religious texts.
The island now has 22 monasteries which each have up to 200 monks. All entered in childhood, entrusted by parents too poor to feed and educate them , but also sometimes by wealthier families who saw this as a way to curry favor with Vishnu. Younger monks are 5 years old. Upon arrival, they are supported by an older monk. When they reach adulthood , they will in turn take care of a novice and ensure sue of the older monks . It takes about fifteen years for the novice to master the arts taught in satra .
Every day after school , novices train tirelessly, repeating stetching exercises , their dance steps , the positions of their hands and their legs. Dressed in white , long hair brought back in a bun, beardless faces, all the monks cultivate an androgynous appearance, in a startling mimicry with Krishna , musician and divine lover .
The monks faith is based on bhakti , devotional love . They vow celibacy . But they can break if they wish to leave the monastery one day and get married.
The existence of the monks is simple. They grow rice fields owned by the monastery and vegetable gardens . Assam has over 600 monasteries but Majuli preserves their tradition in its most rigorous form . The island is an holy place of Vishnuism and attracts every year tens of thousands of pilgrims from all over India. 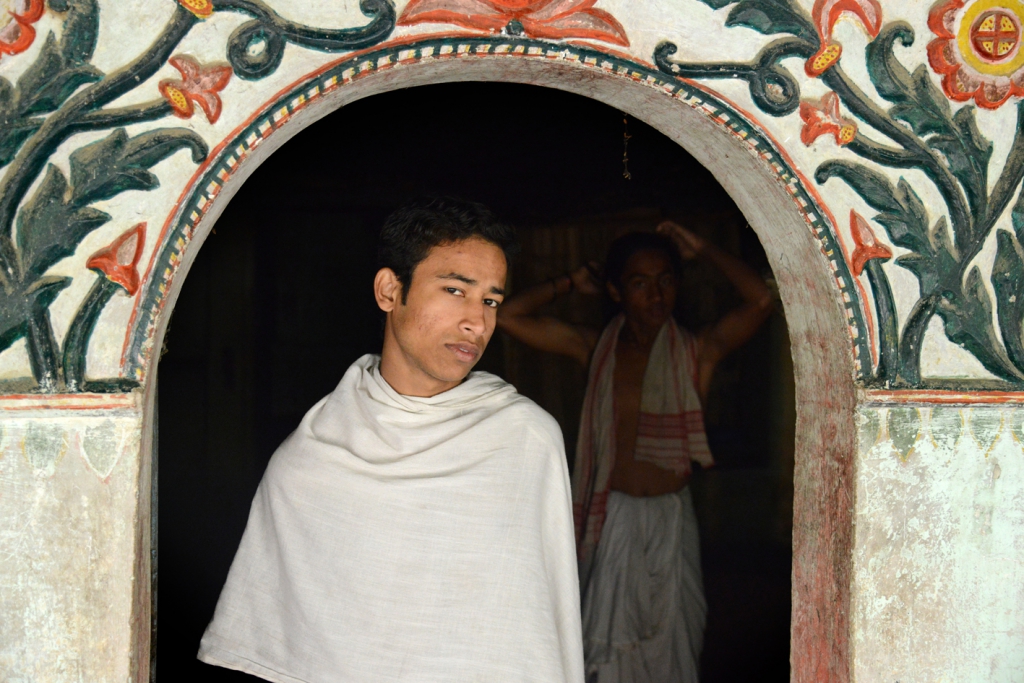